There were a lot of questions recently over on our TikTok channel revolving around diesel’s. So, we thought it was best to round some of it up here in a post on diesel FAQ’s.

First, before diving into our Diesel FAQ’s, it’s important that you know what Diesel is and how it works. The video below from RAS explains it all perfectly.

What is the best brand of diesel? Is there a difference? Are there service stations to avoid?

We suggest choosing from the bigger fuel companies. Try to avoid stations at the bottom of a hill as they can collect water in the top of their tanks even though they do dip them but a lot people don’t report that correctly. Also don’t fill up while there is a tanker there refilling. Basically it stirs all the stuff up off the bottom of the tank and then that’s what gets pumped into your car. So it’s best to wait until the next day after a fuel tanker has been there. Aside from that there is not much else you can do.

What is the difference between truck diesel and normal diesel?

There is no actual difference between diesels. All it is, is the flow rate coming out of the pump. DON”T press the truck button on the ones that you can select either. Your car will cop an amazing amount of fuel and it won’t go into the tank. But that’s literally the only difference.

Are there any issues with Diesel?

We wouldn’t say what’s wrong with a diesel. It’s the difference between a pre-common rail diesel and a common rail diesel. There is a misconception with reliability and diesel. Diesel used to have reliability scores through the roof, because essentially that engine will do half a million miles before you really need to do anything to it. Now the problem is CRD came out and what they are trying to do is use smaller capacity engines, run bigger boosts with higher fuel pressures. All of these factors put that engine closer to the wear limit line and it doesn’t take much for it to get pushed over that line where it needs major repair. So that is what is wrong with a diesel these days, is the concept of diesel equals reliability is not always the case anymore.

What is happening with Diesels with the emission controls?

Unfortunately for the manufacturers, this pollution control isn’t really an option that they are choosing,  its just something that they have to do to stay compliant, so they can actually sell their vehicles in Australia and other countries. For example, California has even more restrictions than what we have. So, unfortunately, they are just trying to adapt new procedures and techniques to allow this to happen, so that we can still have diesel engines. Otherwise, there will be none. So unfortunately this is something we are going to have to deal with as a consumer and there is such a point when there will be no more diesels. 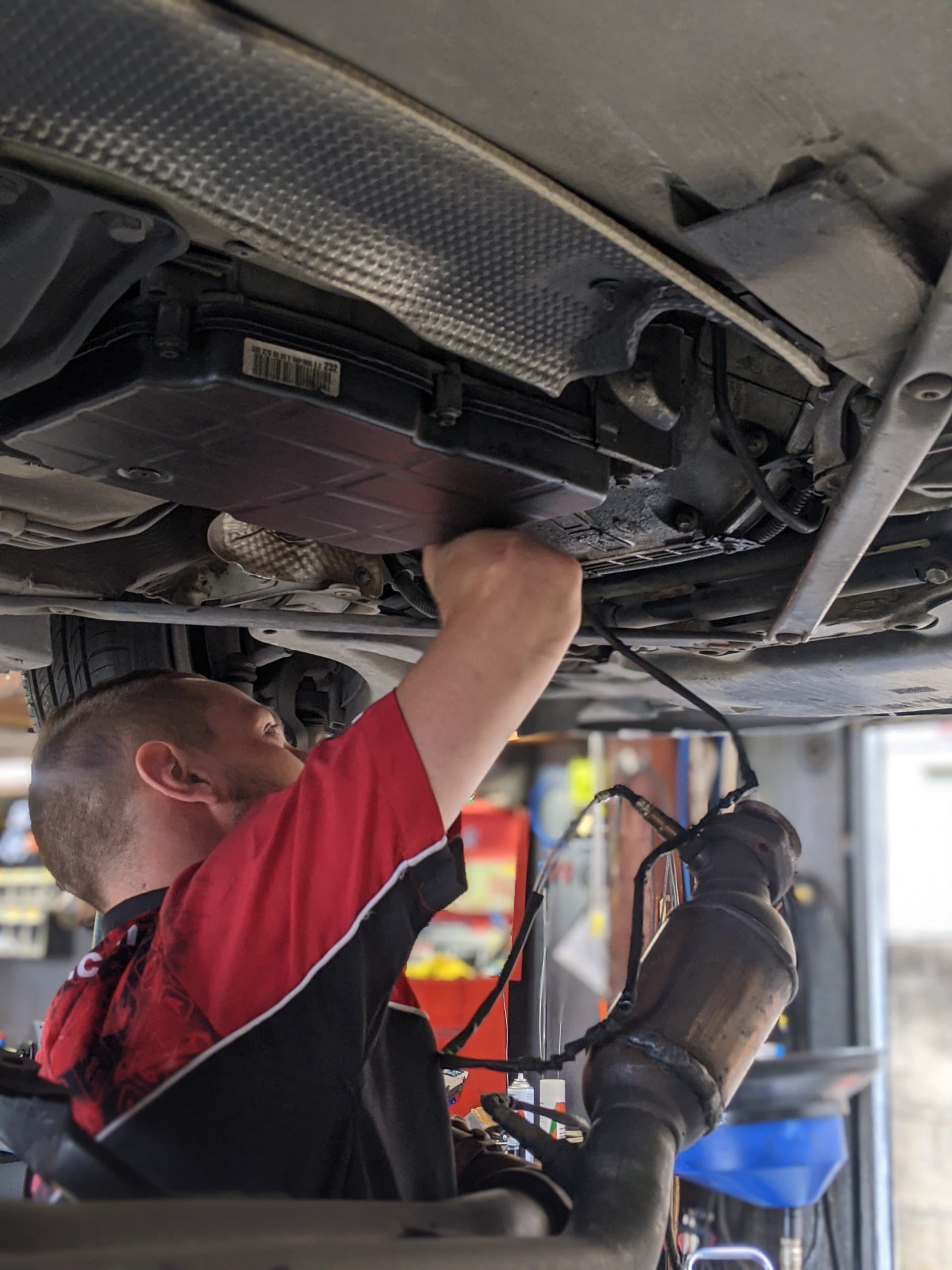 Are there any benefits to using AdBlue?

There are definitely benefits to AdBlue. If you are unsure how a DPF works, have a read of our Diesel Particulate Filter post. Generally, your car needs to do its own burn. It’s basically it’s own self cleaning process. Now, most cars, they need to be doing the same constant speed for 20 mins and then it will lead it to burn. However, if you hit the brake pedal it will stop the burn process. We saw a Jeep WK2 awhile ago, and it had 250 attempted burns in its life and never actually got one done and its DPF was so blocked.

What AdBlue does is it basically sprays a chemical in there to clean the DPF every time you turn the car on, so that is a benefit. The thing that we don’t like is the potential cross contamination and the extra step the driver needs to worry about.

As far as driving performance goes, they both work in conjunction with each other. Neither one is going to be better than the other. For the environment though, we would say that AdBlue is better, but that would be the only reason. It’s just something we have to have on our cars these days.

Make sure you read what you should do if you accidently put the wrong fuel into your diesel vehicle!

As always, book your car in for a service and ensure that your DPF is being taken care of, as well as the general health of your vehicle. Download our app below to learn more about common FAQs, as well scheduling your car’s appointments and chat with a mechanical live.

Welcome to our blog!

We will be sharing as much as we can with you on everything from fun things to do on the road, how to look after your vehicle and other fun topics relating to you and your car.